Maintain vigil on narco-terrorism activities as Pakistan is attempting to lure our youth into the menace: Shri Dilbag Singh

Jammu, 30 June: District Poonch once uprooted terrorism, and never gave it a chance to emerge again. This was stated by the Director General of Police J&K Sh Dilbag  Singh during his visit to Poonch. The DGP J&K visited the twin districts of Rajouri and Poonch today.He addressed a joint darbar of Police and CAPF personnel, reviewed security situation and measures for COVID-19 with officers & officials at District Police Lines Poonch. DGP also visited the MT workshop, Covid Care Centre, Administrative Block at DPL Poonch. The DGP inaugurated Women Police Station,chaired officers meeting to review of security and COVID-19 arrangements in District Rajouri in the afternoon.

He was accompanied by IGP Jammu Shri Mukesh Singh, DIG Rajouri Poonch Range Shri Vivek Gupta.Addressing the joint Darbar of officers and Jawans of Police, SSB, ITBP and CRPF at DPL Poonch, the DGP said Poonch district has a unique distinction, as it once eliminated the terrorism and never gave it a chance to emerge again despite many attempts of terrorists and their associates across the border to disrupt situation here. He appreciated the District Police Poonch for dealing with law and order and other crimes effectively and professionally.The DGP said that unfortunately we have a neighbour in the form of Pakistan which is always looking to destbilize peace here and added that like in the past the evil designs of that country would be foiled in future also. He said the J&K Police and other security forces are working shoulder to shoulder against the terrorism and hoped that forces would continue their good work with more dedication and coordination to ensure long lasting peace in J&K.The DGP informed that terrorists involved in the killing of a CRPF jawan and a minor boy in Bijbehara have been gunned down today by our brave police and forces in Anantnag.The DGP stressed for maintaining vigil on narco-terrorism activities as Pakistan is attempting to involve our youth in the menace, as they did in Punjab after their other nefarious designs failed. He directed for establishing Naka points on Mugal road as also on national highway to keep check on transportation of drugs and peddlers.  He said that Police Headquarters is always making sure that all the requirements are provided well in time to the every district Police Administration. Referring to welfare measures, the DGP said that many welfare measures have been taken in recent past and more measures will be taken in near future including promotions, better infrastructure etc. peaking to the media, the DGP said, the aim of visiting the districts was to review the internal and border security arrangements of the district and added that reports received from district officers are satisfying . He said anti terror operations are going on aggressively and during the ongoing month alone around 48 terrorists of different terror outfits have been eliminated.The DGP added that during the past six months around 128 terrorists have been killed including 70 of HM, 20 each of JeM and LeT. He said that launching pads are active across the border and continuous attempts are being made to push large numbers of terrorists here and added that our Border Grid is very strong who are taking care of such attempts effectively.

He said that those managing to sneak here are being tracked down. He said that the graph of terrorism has come down in South Kashmir and added that it is encouraging that the number of new joinings in terror ranks is very low. He said that a number of youth have been brought back with the help of their families.He said that yesterday at Achabal Anantnag, three terrorists were eliminated in an encounter including the last terrorist from Doda.In the afternoon, the DGP visited Rajouri where he inaugurated Women Police Station and also chaired officers meeting to take a review of security and COVID-19 arrangements.

While inaugurating Women Police Station, the DGP stressed for effective measures for justice to the women and children who have suffered violence. “We have to go all out to end these horrible abuses and the impunity that allows these violations to continue,” DGP said.The DGP further said, “Crime against women shall be taken seriously and for the SHO Women Police Station has been directed to train lady investigation officers to deal and investigate the complaints of women victims. The DGP directed officers that ending violence against women and girls has to be the top priority.The DGP took security review meetings of all the officers of District Rajouri and Poonch along with the officers of CAPF and directed the entire officers to work with  more zeal and enthusiasm and maintain a good coordination and synergy. DGP highlighted the role of Police in maintaining good relations with the public and stressed upon the need to have better relationships with masses. He also acknowledged the great sacrifice by forces in maintaining peace and security in the twin borders districts.IGP Jammu zone and DIG Rajouri Poonch Range also spoke on occasions and briefed DGP about the role  in combating the terrorism and measures taken to keep border districts free of militant activity. IGP complemented the police for good work done in thedistricts, present security scenario and also thanked DGP for every support to the subordinate units.

SSP Poonch Romesh Angral and SSP Rajouri Shri Chandan Kohli, briefed the DGP regarding overall interal security, Ceasefire violation, Anti infiltration measures, Welfare measure taken, Law and order mechanism and COVID-19 preparation and its prevention. They also highlighted the work done by CAPF and all other forces during the period of turmoil in UT.

Last evening the DGP, undertook an extensive tour of the Border out Posts of Samba Sector to check the counter infiltration grid and deployment of the area all along the Basantar River,and Devik nallah. He also reviewed close coordination and preparedness of Police, BSF and other civil agencies in view of the  already set in rainy season.The DGP was accompanied by Divisional Commisioner Jammu Shri Sanjeev Verma, IGP Jammu Shri Mukesh Singh,IGP BSF Jammu Shri N S Jamwal, DIG BSF Shri Sukhdev, DIG (G) BSF Shri S P S Sindu and DC Samba Shri Rohit Khajuria.The DGP during his visit also interacted with BSF soldiers and felicitated them and found their morale high. He appreciated the valour of Jawans and encouraged them to remain steadfast and firm in giving a befitting reply to the unprovoked and continuous violations.During the visit the DGP felicitated the BSF personnel with cash reward of rupees 50,000 who had shot down a Pakistanirone on June 20 carrying weapons along the International Border in Kathua District. 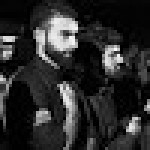